A  murder suspect who admitted slashing and shooting two people to death in Douglas County was taking psychiatric drugs at the time of the murders, according to a report in the Denver Post.

Josiah Sher, 27, had served tours of duty in Pakistan, Afghanistan and Iraq between 2005 and 2009.  After returning, he reportedly was institutionalized for severe post-traumatic stress disorder (PTSD) and was treated with psychiatric drugs – most likely antipsychotics, which have been linked to mania and psychosis, especially during withdrawal from them or when the dosage is lowered. 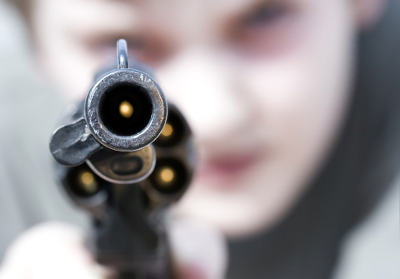 A research study that searched several key databases for studies on withdrawal symptoms concluded that psychotic episodes can be brought on when antipsychotics are stopped or the dosage reduced after long-term use.  (Source: J. Moncrieff, “Does antipsychotic withdrawal provoke psychosis? Review of the literature on rapid onset psychosis (supersensitivity psychosis) and withdrawal-related relapse,” Acta Psychiatrica Scandinavica, June 2006.)

(Another recent study found that antipsychotic drugs widely prescribed for PTSD are no more effective than placebos (sugar pills) in treating it.  See “Urgent Message for Colorado and Wyoming Veterans: Antipsychotics Are Ineffective Against PTSD.”)

Less than three weeks before the February 23 murders, Sher was apparently also suicidal and had called a suicide hotline.  Whether he was prescribed antidepressants as part of his treatment before or after that incident is not known.  Antidepressants have been linked to violence.

Research studies, warnings from international regulatory authorities, and reports to the U.S. Food and Drug Administration on the harmful side effects of antipsychotics and other psych drugs can be accessed through CCHR International’s psychiatric drug side effects search engine.

WARNING: Anyone wishing to discontinue antipsychotics (or other psychiatric drugs) is cautioned to do so only under the supervision of a competent medical doctor.

If you or someone you know has experienced harmful side effects from an antipsychotic drug, we want to talk to you.  You can contact us privately by clicking here or by calling 303-789-5225.  All information will be kept in the strictest confidence.  We welcome your comments on this article below.