Even though AstraZeneca’s antipsychotic Seroquel is the fifth best-selling medication in the US according to drugs.com, exceeded only by Lipitor, Nexium, Plavix and Advair diskus, its safety, effectiveness, clinical trial and promotion records are highly checkered.

An original backer, psychiatrist Richard Borison, was sentenced to a 15-year prison sentence in 1998 for a pay-to-play Seroquel research scheme.

Psychiatrist Charles Nemeroff who left Emory University in disgrace after a Congressional investigation for unreported pharma income, promoted Seroquel in continuing medical education courses according to the web site of psychiatrist Daniel Carlat.

Florida child psychiatrist Jorge Armenteros was chairman of the FDA committee responsible for recommending Seroquel approvals while a paid AstraZeneca speaker himself, said the Philadelphia Inquirer in 2009.

And unexplained Iraq and Afghanistan troop deaths are linked to Seroquel reported the Associated Press in August.

Originally approved for schizophrenia in 1997, Seroquel has subsequently been approved for bipolar disorder, for some groups of kids and as an add-drug for depression. This “indications creep” has mostly flown below the public’s radar. Seroquel expansion to treat children in late 2009, for example, was noted as a mere “label change” on the FDA web site. Hello?

Even without its depression indication, Seroquel is big business for AstraZeneca, earning $4.9 billion in sales in 2009. It is the drug that North Carolina’s Medicaid spends the most on: $29.4 million per year, reports the Charlotte News and Observer.

But now, as AstraZeneca rolls out its “Still Trying to Get Ahead of Your Depression” campaign, there are new questions about Seroquel’s safety and effectiveness.

According to an FDA warning letter, an AstraZeneca sales representative during an unsolicited sales call on January 3, 2008 sold Seroquel as a treatment for major depressive disorder to a physician before it was approved for MDD, an infraction which is illegal.

Once Seroquel was approved for depression (as an add-on treatment to an antidepressant for patients with major depressive disorder who not have an adequate response to antidepressant therapy), its leave-behind sheets drew another FDA warning letter.

AstraZeneca implied patients would achieve “remission” from depression with Seroquel XR (extended release) as opposed to with an antidepressant alone, says FDA — a claim not backed up by clinical experience.

Seroquel’s effect on depression has only been demonstrated in two, six-week trials FDA further said and six weeks is “not a long enough time period to adequately assess remission.” (It was approved…why?)

Also the case study of “Catherine F.” depicted in leave-behind sheets is inaccurate says FDA because it suggests Seroquel alleviates “symptoms of sadness and loss of interest when this has not been demonstrated by substantial evidence or substantial clinical experience.” (It was approved…why?)

Even AstraZeneca’s own briefing to the FDA committee in 2009 admits a “failed study” in which both Seroquel and Lexapro “failed to differentiate from placebo” which is Clinical Trial for “didn’t work.”

In fact, in addition to risks like cataracts, seizures and increases in blood pressure in children and adolescents, already on the Seroquel label, FDA asked AstraZeneca to add the “risk of EPS and withdrawal syndrome in neonates” a few months ago: movement disorders which can affect mothers’ babies if the mothers are taking Seroquel and stop.

But the FDA might also look at what the government’s other hand is doing. In May the Office of the Army Surgeon General’s final report on the findings of its Pain Management Task Force unabashedly hawks Seroquel for an unapproved use.

“Physicians should consider these medications for sleep disorders,” says the 163-page report,” listing Ambien and Seroquel (quetiapine) “for nightmares” even though Seroquel has never been approved for insomnia, sleep disorders or “nightmares.”

Maybe the government will send itself a warning letter. 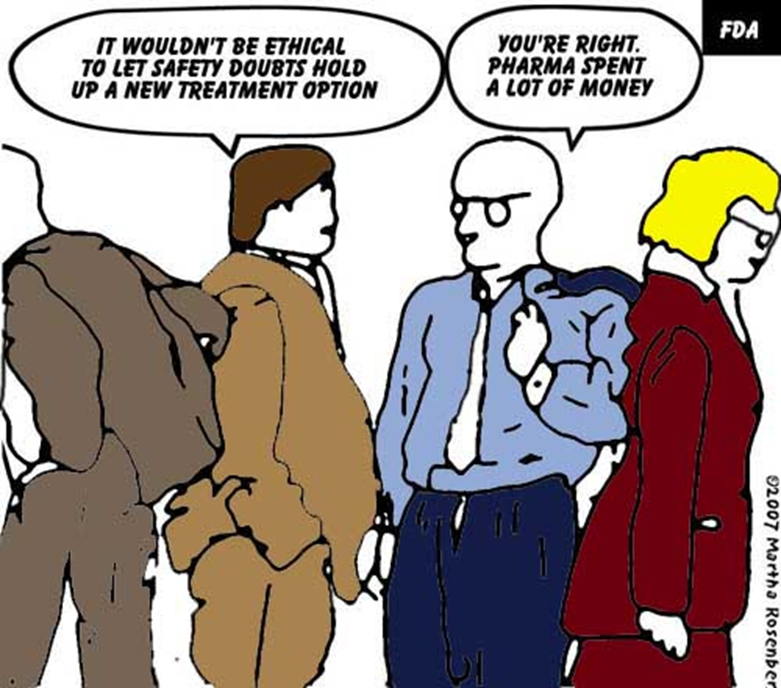 Martha Rosenberg can be reached at: martharosenberg@sbcglobal.net

This article was re-printed with permission from Martha Rosenberg.