You would think a machine that shoots electricity into a person’s brain would have to be proven safe and effective and be approved by the FDA before it could be used.  You’d be wrong.

No formal tests have ever been conducted or required by the FDA to determine the safety of the devices used to deliver electroconvulsive therapy (ECT), more commonly known as “shock treatment.”

Now the FDA is proposing a rule that would lower the classification of shock machines to a less dangerous class without any proof ever having been provided that the device, or the treatment given with the device, is either safe or effective. 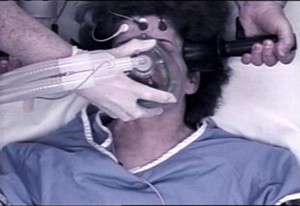 ECT sends an electrical shock into a person’s brain in order to produce a seizure.  No one has ever explained exactly how this “works” as a mental health treatment.

Worse still, there is no federal or state regulation of ECT protocols for using ECT machines, or for who can use ECT devices, or for which patients should or should not be “treated.”

A little history: In 1976, Congress enacted legislation giving the FDA authority to regulate medical devices.  However, ECT equipment was grandfathered in, exempting it and allowing it to continue to be used without FDA testing.

In 1979, the FDA classified ECT machines as experimental Class III medical devices, a class of devices that must typically be approved by the FDA before they are marketed.   According to the FDA, “Class III devices are generally the highest risk devices and are therefore subject to the highest level of regulatory control.”

But due to the grandfathering in 1976, the FDA still has never tested ECT devices to see whether they are safe or effective.

Shocking Your Brain = Wearing a Condom

In fact, there has long been documented evidence of the damage ECT devices and shock treatment can cause, including prolonged or permanent memory loss and other physical damage.

A top ECT researcher, Harold Sackeim of Columbia University, conducted the first large-scale, prospective long-term study of cognitive function following ECT treatment.  His study, reported in the January 2007 issue of the journal Neuropsychopharmacology, concluded that “adverse cognitive effects can persist for an extended period, and that they characterize routine treatment with ECT in community settings.” 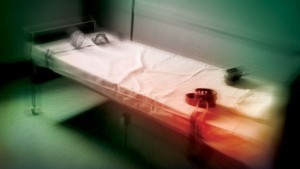 Beyond the damage to memory and other mental functions, the FDA itself has determined that ECT devices and procedures are associated with a long list of health risks, including:

Tell the FDA to require ECT machines to undergo stringent testing to prove whether the devices and the treatment given with the devices are both safe and effective, instead of reclassifying them with devices no more dangerous than wheelchairs and condoms.

If you or someone you know has been harmed by shock treatment, we want to talk to you.  You can contact us privately by clicking here or by calling 303-789-5225.  All information will be kept in the strictest confidence.  We welcome your comments below.