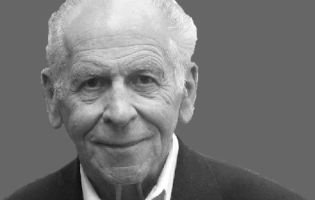 Professor Thomas Szasz, iconic champion for liberty, pioneer in the fight against coercive psychiatry and co-founder of Citizens Commission on Human Rights, has passed away at the age of 92. Considered by many scholars and academics to be psychiatry’s most authoritative critic, Dr. Szasz authored hundreds of articles and more than 35 books on the subject, the first being The Myth of Mental Illness, a book which rocked the very foundations of psychiatry when published more than 50 years ago. Szasz was Professor of Psychiatry Emeritus at the State University of New York, Adjunct Scholar at the Cato Institute, Lifetime Fellow of the American Psychiatric Association, Fellow of the International Academy of Forensic Psychology, whose life long list of educational accomplishments, credentials, honors, biographical listings and awards speak for themselves.

To the world, he was the foremost critic on psychiatry and its abusive practices, a brilliant debater and orator. To those who had the privilege of working alongside him, he was witty, charming, charismatic and fearless. But above all else, he was a defender of personal liberty. As Professor Richard E. Vatz of Towson University stated, “Thomas S. Szasz has steadfastly defended the values of humanism and personal autonomy against all who would constrain human freedom with shackles formed out of conceptual confusion, error, and willful deception.”

Szasz had long criticized the use of psychiatry as a means of social and political control stating, “Although we may not know it, we have, in our day, witnessed the birth of the Therapeutic State. This is perhaps the major implication of psychiatry as an institution of social control. When I use the term therapeutic state, I use it ironically, it’s therapeutic for the people who are doing the locking up, who are doing the therapy, it’s not therapeutic for the victims, for the patients.”

Dr. Szasz’s alliance with CCHR was formed out of this fundamental philosophy. He didn’t just write and speak about the use of coercive psychiatry, he personally represented the victims of it. In 1969 as a forming member of CCHR, he spoke on behalf of a Hungarian refugee, Victor Gyory, who had been involuntarily committed to a psychiatric institution, stripped naked, held in isolation against his will, and forced to undergo electroshock. Szasz established that it was solely due to Gyory’s inability to speak English that had resulted in psychiatrists labeling him schizophrenic. Szasz’s testimony led to the hospital director discharging Gyory, a precedent-setting victory against involuntary commitment and coercive psychiatry.

Of his alliance with CCHR, Szasz stated, “They were then the only organization, and they still are the only organization, who were active in trying to free mental patients who were incarcerated in mental hospitals with whom there was nothing wrong, who had committed no crimes, who wanted to get out of the hospital. And that to me was a very worthwhile cause; it’s still a very worthwhile cause. We should honor CCHR because it is really the organization that for the first time in human history has organized a politically, socially, internationally significant voice to combat psychiatry. This has never happened in human history before.”

It has been an honor and a privilege to work alongside Thomas Szasz the past 43 years. We shall continue his legacy of fighting against abusive and coercive psychiatric practices until personal liberty and human rights in the field of mental health are established for all.

To find out more about this champion of human rights and personal liberty, visit CCHR International’s website section on Dr. Thomas Szasz.

What Others Have Said About Dr. Thomas Szasz