Part of the ongoing series:
You Be The Judge

A Pueblo grand jury has found official wrongdoing, but no criminal conduct in the death of a patient at the Colorado Institute of Mental Health at Pueblo (CMHIP) last August. Troy Geske, who was obese and suffering from a respiratory infection, suffocated while being restrained face down and left unattended in a seclusion room at the facility after refusing to take psychiatric drug(s) prescribed to him.

According to the grand jury report, staff at the institution committed “misfeasance and malfeasance with regard to a governmental function, and abused their authority resulting in the death of Mr. Geske.” Malfeasance includes the failure to perform a legal duty or the violation of state laws or rules. But the grand jury declined to hand down any indictment, which could have included a charge of criminal negligence. 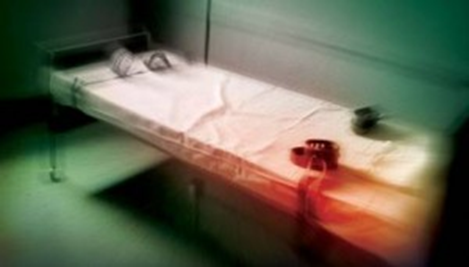 Geske reportedly was taken to a seclusion room after he resisted taking prescribed psychiatric drug(s). There he was put facedown in prone restraint, with leather straps binding his arms and legs to a  gurney, and an additional leather strap across his torso to hold him down. He was then left alone in the room and was improperly monitored by staff outside the room. He slowly suffocated during nearly 10 minutes of struggling to breathe while in restraint.

While it is not known what psychiatric drug(s) Geske had refused, he reportedly had been re-admitted to CMHIP from a community placement in July for hallucinations, confusion, passive-combative behavior and depression. All of these conditions are common and well-known side effects of drugs routinely prescribed to psychiatric patients. (For more information on the dangerous side effects of psychiatric drugs, click here.) It is unknown what psychiatric drugs he was taking when he was readmitted, what increased dosages or additional drugs he may have been prescribed after being readmitted, or what side effects may have led him to refuse to take the drug(s).

The incompetence and extreme indifference of CMHIP staff towards Geske in the final minutes of his life were cited in the grand jury report, according to Denver’s 7News and the Pueblo Chieftain:

• “The staff member controlling the patient’s torso was using a disapproved control technique by using his forearm to apply pressure to the patient’s back during the entire restraint process,” while at the same time “Mr. Geske appeared to be struggling by trying to lift his head and torso off the bed” to breathe.

• “During the process of applying the restraints, a staff member used inappropriate pressure to the back of the patient’s head, holding his face at or near the surface of the mattress” on the gurney.

• Once restrained and unable to move or breathe sufficiently, Geske was left alone in the room, with staff failing to monitor him carefully: “It is apparent that Mr. Geske was not under direct observation at all times.”

• When staff finally realized Geske had stopped breathing, they rushed into the room but had difficulty undoing the restraints, losing precious time before CPR was started and a defibrillator used, both ultimately unsuccessful.

• Metal shears that were supposed to be available in the room to cut the leather restraints were not used “because staff either were unaware of their location or believed the shears were locked at the nursing station.”

• When staff tried giving Geske oxygen, the oxygen tank was empty. The report said, “CMHIP policy mandated oxygen tanks be tested every shift and documentation showed the tank in use had been checked off as full during the previous shift.”

• The report stated that “it appeared that no one had authority to assume – or did not assume – control of the efforts to revive Mr. Geske.”

The grand jury report concludes that “there was a systematic failure to adequately train staff, to insure staff followed policies for seclusion and restraint and patient safety related thereto, and to disseminate safety information concerning restraint procedures that was readily available, and if put into practice would have prevented the death of Mr. Geske.”

While insufficient funding or staffing continue to be blamed for ongoing problems at CMHIP, the grand jury report “finds the problems leading to Mr. Geske’s death could have been corrected with little or no impact” to CMHIP’s budget.

The grand jury also found overarching failures at CMHIP: “Public servants of the CMHIP breached their duty of care to adequately train its employees,” to “effectively communicate,” “effectively document evidence for patient care,” and “effectively investigate the death of Mr. Geske.”

The grand jury found no criminal wrongdoing, so no one involved in the incident has been criminally charged.

Linda Stephens, mother of Troy Geske, made it clear that no one person could be blamed for her son’s death because they were all responsible. “It was the system [at CMHIP] that killed my son.”

What do you think? Did the Pueblo grand jury come to the right conclusion?

Restraint “procedures” are the most visible evidence of the barbaric practices that psychiatrists choose to call therapy or treatment. For more information on restraints, click here.

If you or someone you know was put in restraints in a psychiatric facility or has been harmed by psychiatric drugs, you can contact us privately by clicking here or by calling 303-789-5225. All information will be kept in the strictest confidence. We welcome your comments on this article below.